Dr. Elisabeth Laasonen Belgrano (voice artist/priest candidate/performance philosopher) allows her performance research to diffract through contemporary vocal studies & 17th century vocal music: She is a recipient of the Noah Greenberg Award from the American Musicological Society (2005); was awarded a PhD in Performance in Theatre and Music Drama for Performing Nothingness through Operatic Mad Scenes and Lamentations, Univ. of Gothenburg (2011); supervisor and examiner through ‘performative methodologies’; investigating the Art of (Vocal) Ornamentation as an intra-active research tool for measuring Nothingness and the Unknown. Currently on the track of becoming a priest in the Church of Sweden, practicing pastoral care and existential counselling. Portfolio: https://www.researchcatalogue.net/view/378762/430811

Her presentation in the Embodied Monologues Series will introduce

VOICE as AN IMAGINARY IR/RATIONAL FIGURE OF ANY THING

Voice cannot be imagined as separated from any bodily act or matter. It intoxicates all along without an end. Voice emerges out of No Thing (Calcagno 2003). It would not claim to be in a specific relation to gender, class, ethnicity or other classification, yet this voice can be identified as “an imaginary figure of any thing”; a paradoxical voice performed and presented out of unexpected encounters with whatever meaning there might be. Voice can – among many possibilities – be traced to 17th century Venetian music drama stages – and considered to be a symbol for Nothingness as specifically performed in operatic mad scenes. This EXPO presents research  on ‘how to perform vocal nothingness’ (Belgrano 2011)  and  letting VOICE diffract through a Baradian (feminist new materialist) methodology (Barad 2007, 2012) allowing for vocal practice to intra-act continuously with any matter or meaning encountered along the road, by “re-diffracting, diffracting anew, in the making of new temporalities (spacetimematterings)” (Barad 2014). Through this performative approach VOICE argues that vocal identity can be viewed as an entangled dance – where sound, thoughts, judgements, senses, madness, matter, chaos, vibrations and so on cannot be separated from one another – “endlessly opening itself up to a variety of possible and impossible reconfigurings” (Hinton 2013). The result that emerges from this trans-spatiotemporal study is a sensuous queering of vocality that allows individuals to experience a monstrous voice as Any Thing or No Thing, following a discourse on Nothingness that had a fundamental impact on 17th century operatic vocality and on the birth of music drama. 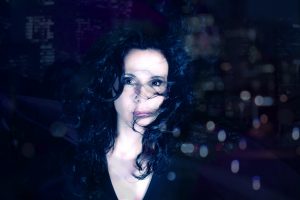 A film by soprano and composer Misha Penton. A six movement (micro)Requiem: a dream-world of transformations inspired by Mozart’s unfinished Requiem in D minor. The (micro)Requiem is a voice and video reflection upon the challenges, sorrows, and expectations of 2020. At first, the piece may seem ominous, but the (micro)Requiem is ultimately a work of hope and remembrance which re-imagines healing, renewal, and rebirth. Released daily in honor of All Hallow’s Eve / All Soul Day / Día de los Muertos (Day of the Dead). 2020. Fragments of Mozart’s Requiem are hidden-woven into the composition of the (micro)Requiem. Of note, the final movement, lux aeterna, is a fragment from the soprano solo and chorus (with the voice parts slightly askew) which appears at the end of the Requiem (contemporary editions). The (micro)Requiem is a series of miniature voice and video works continuing from Misha’s many-part Micro Opera project which was released during the winter and spring of 2020.Conceived, Directed, & Composed by Misha Penton. Many thanks to Michael Walsh for his support of this project and coaching on the Latin diction and to Todd Hulslander for his beautiful audio mastering of the final recording. Filmed by Dave Nickerson & Raul Casares.
(micro)Requiem